It rains a lot in Astoria, Oregon, as anyone familiar with the winter of 1805 according to Lewis and Clark well knows. The rich shades of grey found in Astoria’s sky probably provide inspiration for Benjamin Moore.

But when the sun comes out (and it does, eventually) this small maritime city is spectacular. And very well-caffeinated. 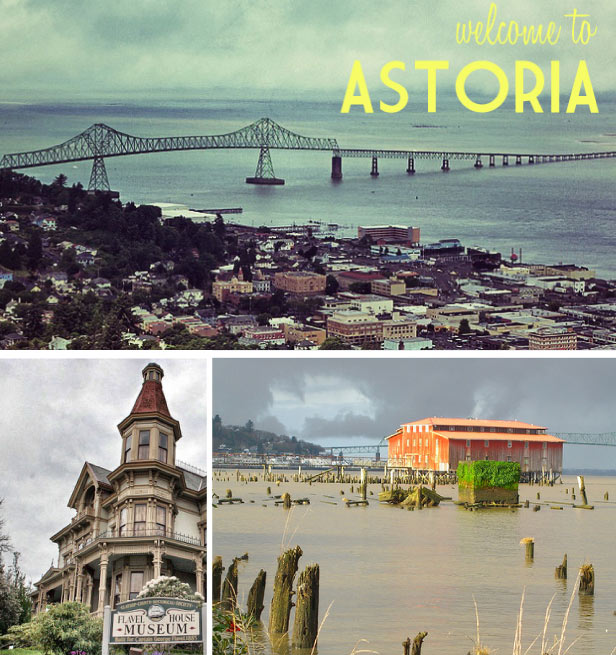 When I visit Astoria I don’t feel the cold rain. I feel warmth. Astoria’s locals are friendly, unpretentious and pretty much always have a cup of hot coffee in their hands. The guy in front of you in line at the espresso stand may have just rolled in from a fishing fleet, or he might be telecommuting for a tech company. Astoria is just that kind of place.

The city’s history is rich and accessible, on display in its many museums and also right on its waterfront and parks. Lewis and Clark ended their journey here, off the coast is the “Graveyard of the Pacific,” and the area has played unique roles in popular cinema.

Astoria is about 96 miles northwest of Portland, and 180 miles southwest of Seattle. From Portland, take I-5 north and cross the Columbia River, continue until you reach Longview, Washington. Take Exit 36 to Highway 30 (you will again cross the Columbia River back into Oregon . Continue west on Highway 30 to Astoria / Warrenton. From Seattle, head south on I-5 to Longview, take Exit 36 and continue according to the directions above from Portland.

Budget travelers should book a Euro-style room at the Commodore Hotel, where a shared-bath room with a distinctly modern vibe will set you back only about $69.

Astoria has its own boutique hotel in a rehabbed historic building, the Hotel Elliott. Swanky rooms can be had for under $150 in most seasons.

Or, splurge for a sweeping view of the Columbia River from a room at the Cannery Pier Hotel, built on a pier that once housed a real cannery and juts 600 feet into the river. Borrow colorful bikes for a ride on the boardwalk, and fill up on the free continental breakfast before your day of adventure. 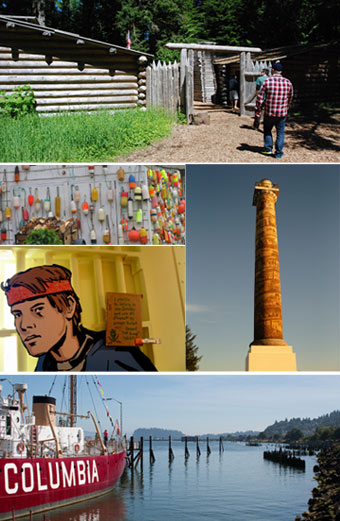 For more on finding craft beer in Astoria, check out Beer Touring in Astoria, OR and Beyond, from Go Find Beer

I hope you weren’t expecting a short, tidy list of spots to eat. There’s just so much tasty eating to be found in Astoria, I couldn’t possibly narrow it down.

Where to Drink Coffee

Only for Astoria would we create a whole section in our trip guide for places to drink coffee! There are just a LOT of great coffee shops here, perhaps it’s the weather. In any case, bean lovers are blessed.