Ask TripFinder: Where to Stay in Vancouver with Kids? 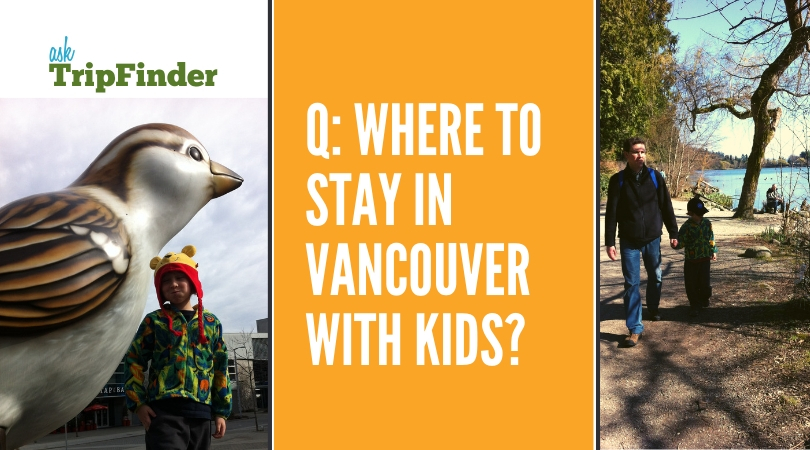 We have a 8 year old daughter and a 4 year old son. Where are good places to stay in Vancouver BC? We would like to not have to drive much–if not at all.

My favorite spot to stay with kids in Vancouver is on the vibrant and lively West End neighborhood near the beach and beautiful Stanley Park. You can walk from here to the park, the beach, the city’s downtown core and even to the foot ferries that take you across False Creek to Granville Island and its public market. There are bike rentals in Stanley Park, the Vancouver Aquarium, and lots of interesting eateries and sweet shops.

The only downside to the West End is that if you’re arriving via train – the Amtrak station in Vancouver is on the opposite end of downtown, so you would hop on rapid transit (the Expo Line) which will take you into the heart of downtown (get off at Burrard station), then hop on a bus (Route 5) which will take you west on Robson St for several blocks to Denman St, the heart of the West End. I find Vancouver’s transit system (Translink) to be pleasant and easy to navigate, so it’s not a big deal. Check out this quick guide to using Vancouver’s public transit. 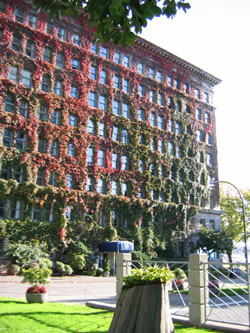 The Sylvia Hotel is a favorite place to stay of ours because it’s in a charming old brick building, it’s affordable, across from the beach, walking distance to great restaurants on Denman, and a short walk to Stanley Park. Their standard queen rooms can feel a bit cramped, though, so with a family of four that should certainly be a consideration (they do have larger rooms available).

A great value is the English Bay Hotel on Denman, where the finishings are dated but the rooms are clean and best of all they have full kitchens, which can save a bundle when travelling with kids. There’s a grocery store a block away. Ask for a room with a view, if available.

I’m not usually a big fan of chain hotels, but I like the Best Western Plus Sands on Davie – it’s just a great location and affordable for Vancouver.

If you want a little more room, try the Lord Stanley Suites on the Park, which offers apartment-style hotel rooms.

I haven’t stayed at the Sandman Hotel Downtown Vancouver, but have heard very good recommendations for it. It’s got an indoor pool, 24-hour family restaurant, and suites to accommodate your needs.

Also recommended by other families I know are the kitchen-equipped rooms at the Hotel Century Plaza downtown.

I also consulted my friend Lora Shinn’s guidebook, Northwest Kid Trips, for some Vancouver recommendations. (Her book is packed with kid-friendly things to do, places to eat and play and shop, and places to sleep in Oregon, Washington and British Columbia). She recommends the Granville Island Hotel, though says the rooms can feel tight. I imagine the location makes up for that, though, and kids the ages of yours would probably love staying in the middle of Granville Island. Another place she recommends in the cool, beachfront Kitsilano neighborhood is the Kitsilano Cottage by the Sea. Your kids are probably past the point of enjoying the amenities with this place like toys, books, videos, a playpen & high chair, but it’s nice to know the cottage is so pro-actively family-friendly.  If you stay in Kitsilano and want to spend time downtown and in Stanley Park, you’ll need to get around by Translink, Vancouver’s bus system. If the weather is nice and you’re up for walking, there is a False Creek foot ferry from Kits Point to downtown (it takes you to just under the Burrard Bridge.)

Got a burning travel question? You ask, we’ll answer.

NOTE: This was originally published in 2012 and has been updated. 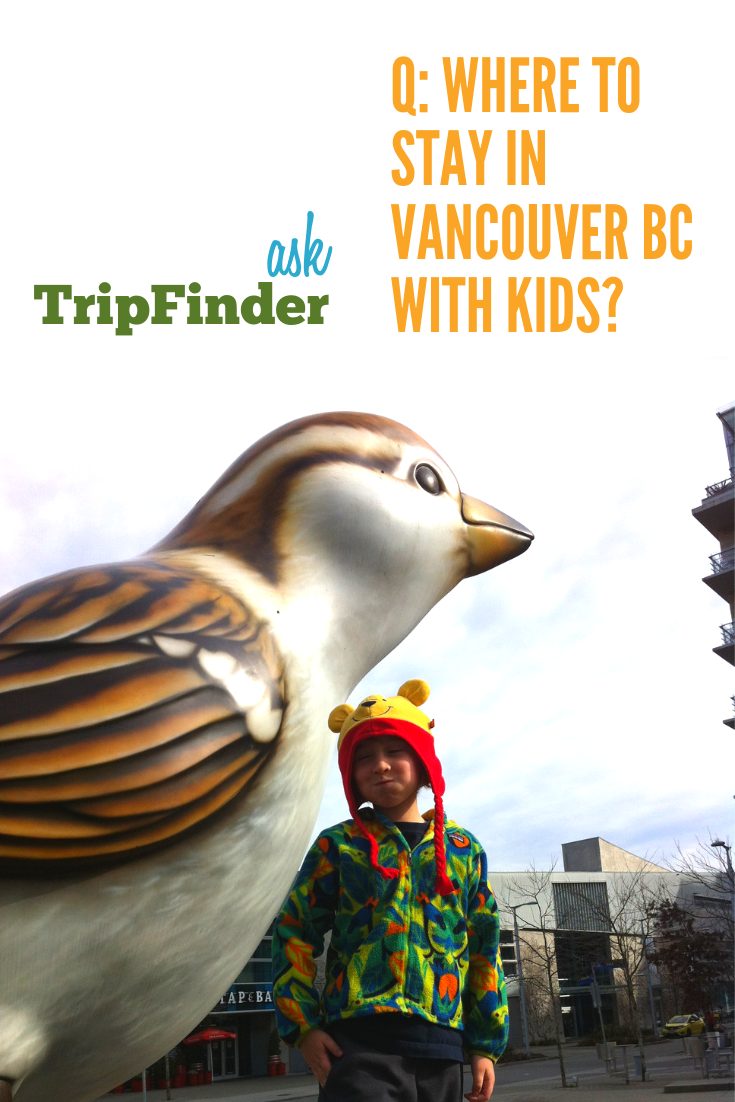