This post was published on the 10-year anniversary of the September 11th terrorist attacks. 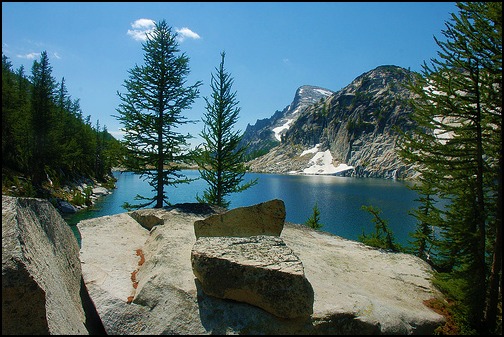 The last time I owned a television was 1998, and there has been exactly one time I wished I had one since– the early morning of September 11th. I was in the shower when my Mom called as she watched the attack unfolding on the news. The second plane had just hit, pretty much confirming that what was going on was some sort of terrorist attack. I looked over at my bookshelf, atop which could have sat a television but didn’t. My next thought was that I needed to find a TV.

By the time I got to my boyfriend’s house and we got his old television to work, the first tower was about to fall. We watched that first tower fall, and then the second, and then I turned the TV off. I have never seen those moving images again since. I’ve not seen the videos of the planes hitting the buildings, ever. I think my experience of 9/11 as an American is rather different because of it.

It’s not that I live in a cave or prefer some sort of ignorance-is-bliss existence. Quite the contrary. It’s that I learned something about myself at a very young age, and that’s that a visual image can be seared into my mind in a way that is beyond my control, and that the use of images and video can be one of the most powerful persuasive or propaganda tools there is. As a fifth grader, we were made to watch a series of videos in school about train safety when driving a car (an absurd use of a fifth grader’s time.) In the videos, actors re-enacted instances of cars and people getting stuck on train tracks and being killed. For many, many years after, I was terrified of trains. Petrified. My father crossed tracks each day on his way into work and I lay in bed each morning praying for his safe crossing of those evil tracks, waiting in agonizing anticipation of distant ambulance sirens. It’s kinda crazy, huh?

And you know what? That’s exactly how terrorism works. It attempts to sear a pervasive sense of fear and helplessness into your mind.

Like millions of people, I suffer (mostly silently) from general anxiety disorder, which is triggered by, well, triggers. Watching TV news is one of those triggers. Hence, the fact that I don’t own a television.

The afternoon of September 11th, we left town. We left television, radio, even cell phones behind as we drove east from Seattle across the Cascades and camped up Icicle Creek. Early the next morning, we would hike into the Enchantment Lakes Basin, a granite paradise. Before we turned the car radio off for almost a week, though, we listened to President Bush give his live address to the nation. He talked about America’s resolve for peace and justice. He ended with “God Bless America.” It was a profoundly moving moment.

And then, we hiked up, up, up into the most beautiful, peaceful landscape imaginable.

There are three drawbacks to hiking in the Enchantments. One, it is managed by a permit system, and permits are a hot commodity, so you have to plan your hike for months in advance. This was a last-minute trip, so we had not. Two, the hike up is brutal, whether you ascend the long, exposed slog that is the Snow Lake Trail or the incredibly steep Aasgard Pass. There is simply no way around that it’s one of the hardest hikes in the Pacific Northwest. And three, the Enchantments are right smack under the Chicago – Seattle flight path, so the intense wilderness experience is interpreted every few hours by an airplane overhead.

We had no trouble scoring an up-for-grabs lottery permit into the Enchantments on September 12th. Many other hikers had abandoned their plans. And for the first few days of hiking up there, there were no airplanes overhead. (Until that hike, I don’t even know that I noticed overhead airplanes while in the backcountry before. But those first few days, the total silence was something I’d never experienced in the backcountry before or since.)

A few times on the way in, we’d come upon hikers that were on their way out, and we could tell that they didn’t know. There still to this day is no cell service that high in the Alpine Lakes Wilderness, so folks that were already in the backcountry by that Tuesday morning would not have known. Those were the people who would meet us with a wide, beaming smile and a cheerful greeting, or asked after a baseball game score. We decided we wouldn’t tell them. How could we? How do you explain something like that? They’d find out soon enough.

Over the next several days we hopped blue tarns, scrambled up small peaks, and unwillingly shared our camp with some annoying mountain goats. There were many moments where I felt regret at having decided to go into the backcountry after all. What was happening out there? Were we at war yet? Had there been more attacks? Most of the time, though, I was relieved to be away from the aftermath, the interviews, and the repetition of horrible images.

One afternoon, I was lying down on the granite basking in the sun when I heard a plane, a big 757 jet overhead, due west towards Seattle. It was the first one in days. An enormous sense of relief washed over me. I had this really naive sense that maybe things would be “back to normal” soon, and maybe that they’d have caught the bad guys by the time we hiked out.

That Sunday, we hiked out into a different world. Our six days in the peaceful wilderness felt more like six years, and we’d missed some sort of nationwide, collective transition or mourning process. It was obvious that the feelings of shock and sadness of that Tuesday morning had given way over the following days to an intense yearning for revenge and loud calls for us to take the war “over there.” And the rest, as they say, is history.

Fortunately, I did not lose anyone that I knew that day. 9/11 was a most horrific tragedy that displayed an evilness of humanity that I hope I never personally encounter. I was secretly relieved that it happened far away, on the other side of the country. I think about the loss of life on that day often, and I pray for the victims, and I will never forget.

But I still don’t own a television. And when I need to get a grip or I just want to escape, I still head for the mountains.

Peace to you and all on earth,

photo of a lake in the Enchantments by laffertyryan on Flickr.