South of Seattle are two vibrant cities and a plethora of small inlets and peninsulas with miles of shoreline that comprise south Puget Sound. 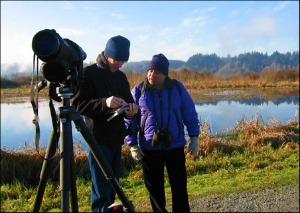 South of Seattle along the shores of Puget Sound are Tacoma, the state’s second largest city and Olympia, the state capital. Between the two are a few military bases and the Nisqually National Wildlife Refuge, a popular spot for seasonal waterfowl hunting, birdwatching, and flatland hiking.

Tacoma’s reputation as a destination, tarnished in the past for its polluting industries, has been repaired in recent years through a revitalization of its downtown core as well as some of its neighborhoods, such as the Proctor District and Old Town. The Ruston Way public waterfront hosts two miles of paved trail, and Point Defiance Park has many more miles of trails, a Japanese Garden and the Point Defiance Zoo and Aquarium.

To the south of Tacoma, Olympia has an attractively revamped waterfront and a bustling legislative district. Olympia’s community-oriented neighborhoods and organic culture make it a great place for folks who enjoy sustainable living, farmer’s markets, fair-trade coffee and organic beer. Some travelers use Olympia as a comfortable base for day trips to both Mount Rainier and Mount St Helens.